So I had this post almost done and then I deleted the whole thing, so I’m pretty much screaming right now.
So to start over—- this is a project I did for a very handsome friend of mine who wanted me to make a special project for his 8 year old son for Christmas. he gave me 15 sequential comic book covers and he wanted me to somehow find a way to hang them on his son’s bedroom walls. Challenge accepted!
I’ve never done anything like this before but why should I let that stop me ?
After thinking about it a bit I decidedto get some foam board and spray paint it in colors to match the colors on the comic book covers. You might be able to see the drips ,well that was a mistake but I decided to just go with it!
That was quite a comic experience in itself .My daughter and I are outside trying to start spray paint these boards mounted on top of a skateboard , on a ladder in the blowing cold wind.(um..the boards, not my daughter and I-LOL) Nuff said.
So when that was dry I use Mod Podge to glue the covers on and after a couple coats on top and letting it dry I cut the boards down to more or less the same size. ( by the way it’s a good thing I was doing this instead of my handsome friend because he’s not good with sharp objects. He has been known to staple his own finger!) It wasn’t possible to line everything up perfectly but  after all my motto has always been” Good enough is good enough”!
All that’s left now is to attach them to the walls. Aforementioned handsome friend is also a well known procrastinator so this took literally weeks. But they are up now and I think they look awesome! What do you think ? 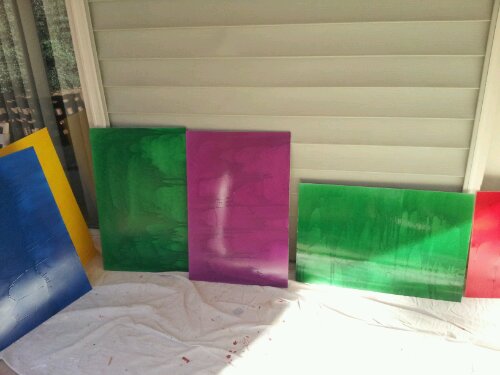 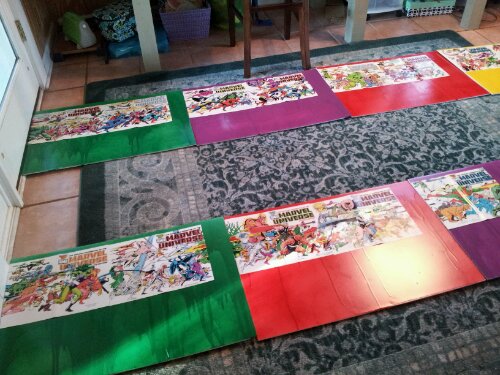 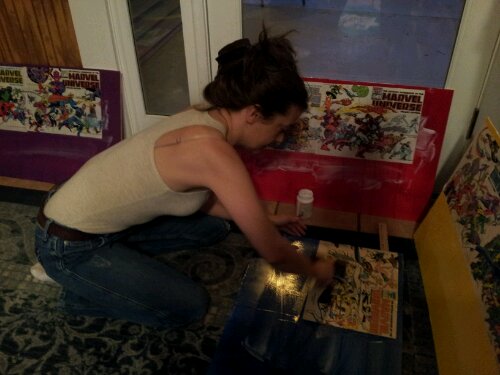 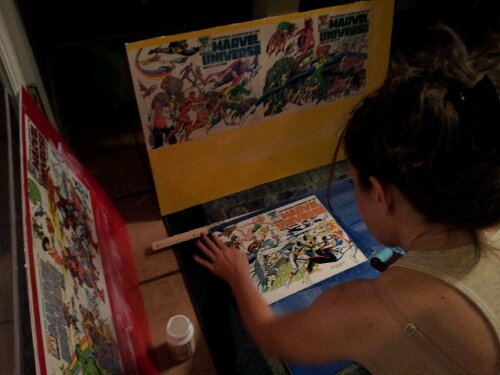 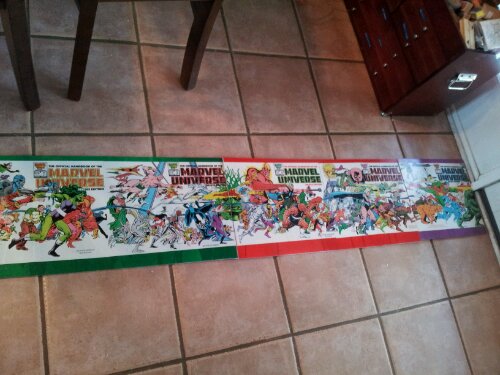 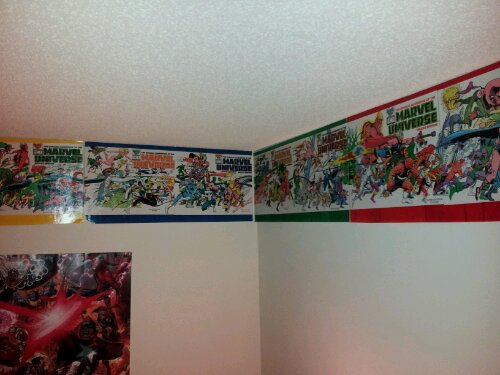 " I'm not even supposed to be here today!"